On 17.06.2016 the dragon boat race of the TU took place for the 7th time at the Olympic lake in bright sunshine. After winning the title in the final in 2013, it was the declared goal to bring the cup back into sports orthopedics! After successful training at the regatta course Oberschleissheim the team was highly motivated and well prepared!

In the preliminary run, the second best time of 20 teams was achieved. In the semi-final as co-favorite started, a mistake of the helmsman, who was provided by the organizer of the dragon boat race, cost the surely believed entry into the final.

As winner of the hearts, however, one could be more satisfied with the performance shown! 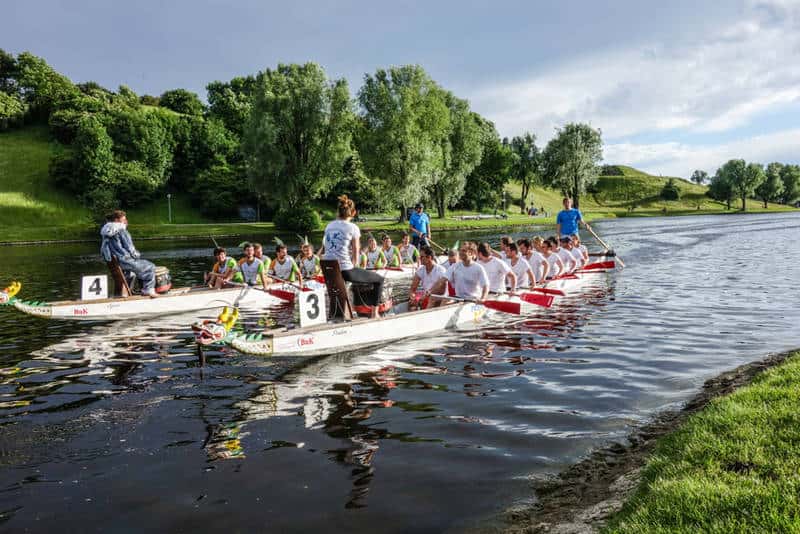